Lebak Trading Company, since 1999 Tradition in Biotechnology for Immunity Adjuvants for Animal Health.

Lebak Trading Company, since 1999 Tradition in Biotechnology
for Immunity Adjuvants for
Animal Health.

Application can be done subcutaneous or intramuscularly without adverse reactions. 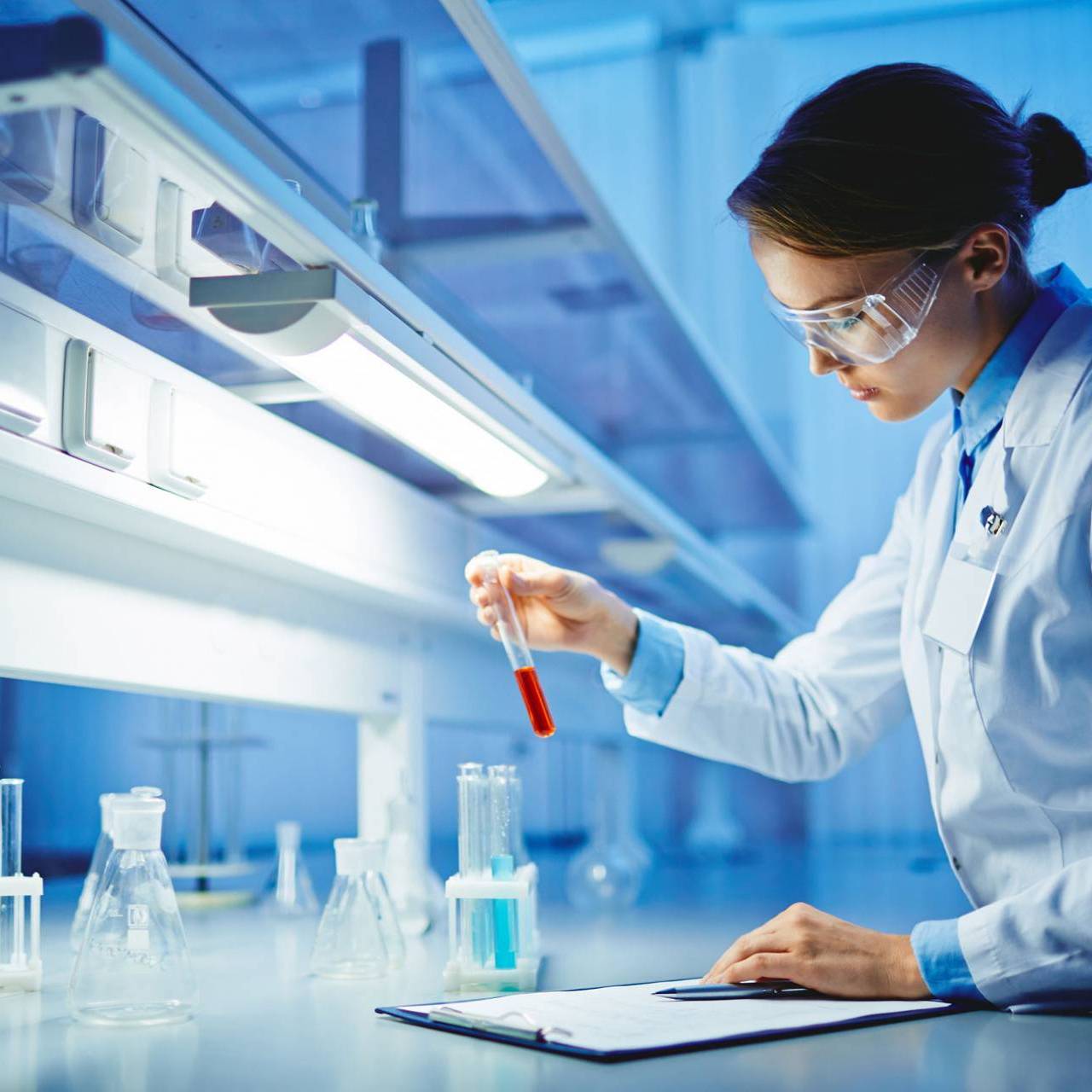 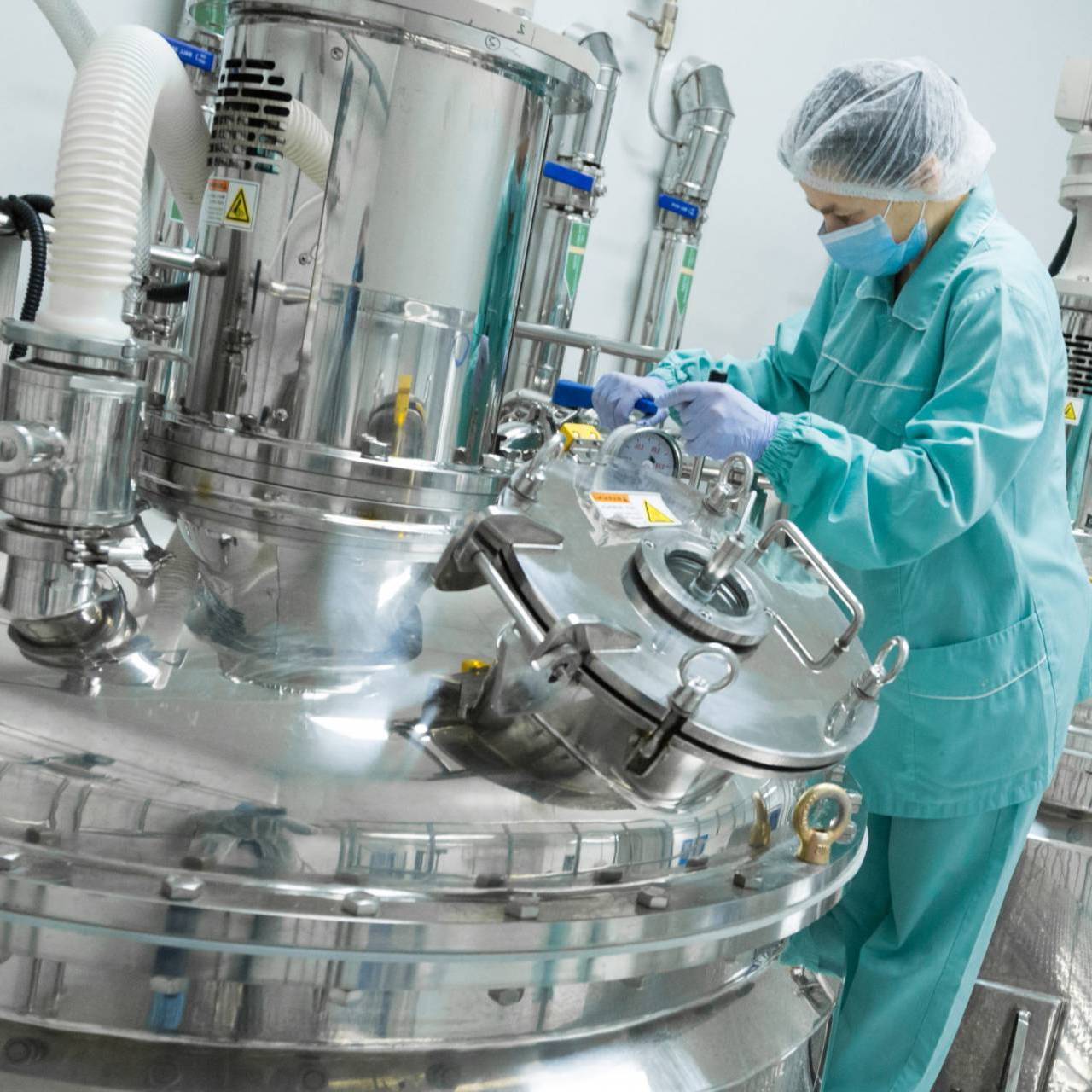 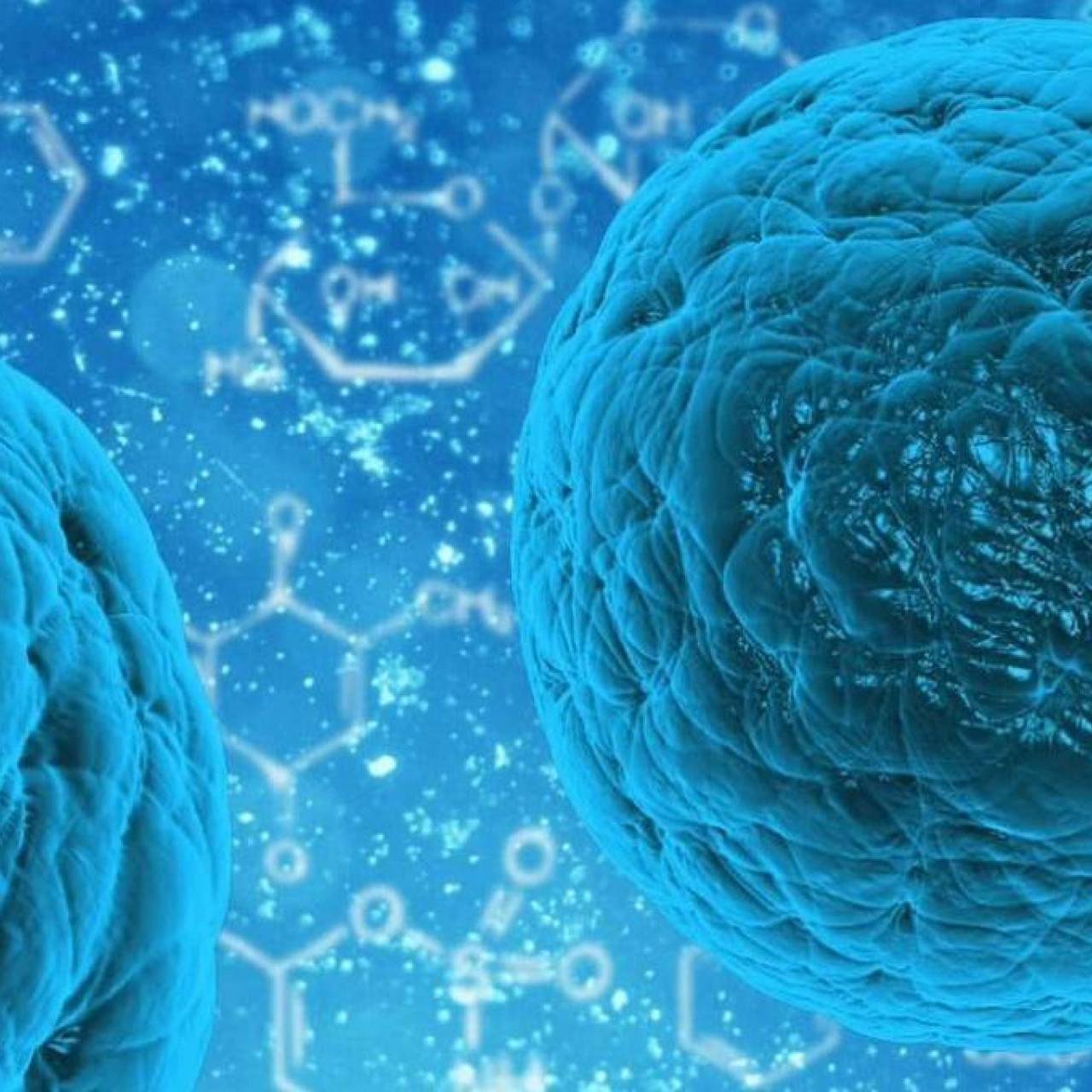 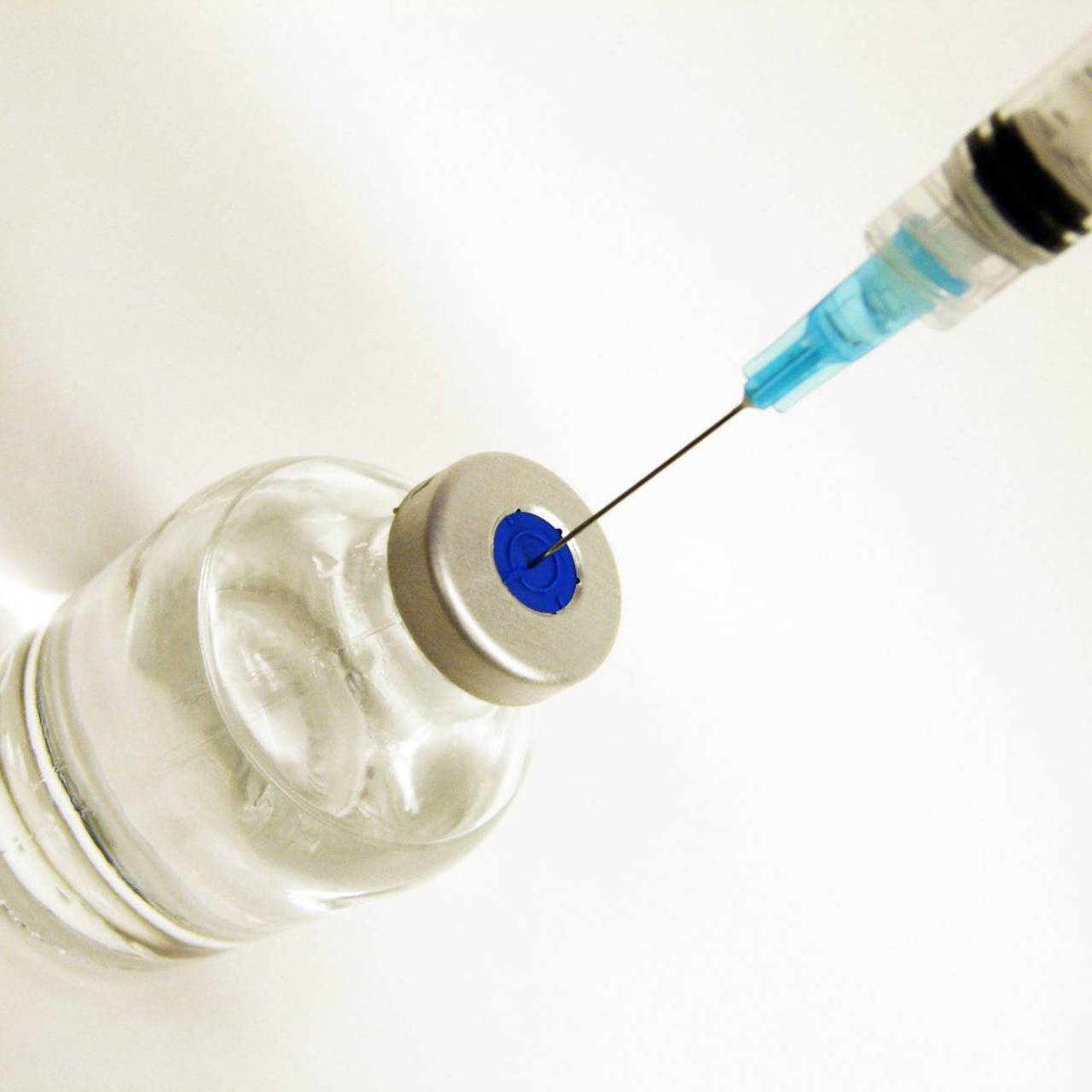 Compete in quality with the best European adjuvants. 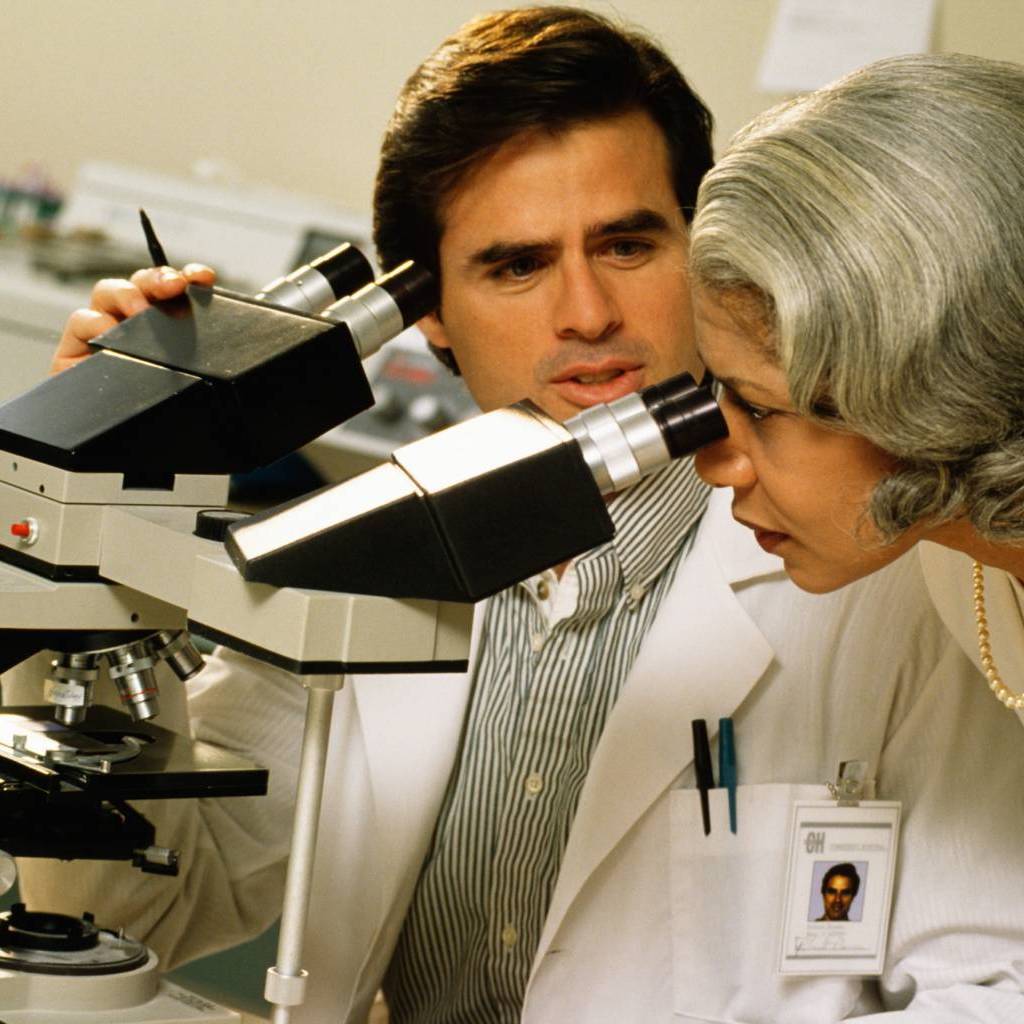 Lebak Trading SA is based in Uruguay a country noted for being a protagonist in biotechnology referred to combat of many animal health diseases as Clostridials, Rabies, Brucellosis and Foot and Mouth disease vaccine in the continent.

Our formulas have all the background born in the 80’s following studies developed in 1975 by the Pan American Foot-and-Mouth Disease Center, belonging to the Pan American and the World Health Organizations, PAHO/WHO.

These oily emulsion adjuvants were developed regionally to help in the eradication campaigns that were being implemented in South America. The oil adjuvants would permit FMD vaccination twice a year only whilst maintaining real immunity for six months until revaccination.

After first eradication in the country, LEBAK TRADING was created to produce their successful adjuvant for regional use as an alternative one to those imported from Europe at high costs. The brand ADYUVAC 50 and ADYUVAC 70 were created by LEBAK TRADING.

This adjuvant has been used in the production of millions of doses of foot-and-mouth disease vaccines in South America, around one thousand two hundred million doses of vaccine with excellent results in official laboratory tests and cattle to which it was applied.

Lebak´s main commitment is to develop an effective immunological adjuvant, one that does not cause adverse local reactions, pain or persistent swelling, as well as not determining granulomas that may cause meat to be confiscated at abattoirs during the slaughter and deboning of industrial meat cuts.

Also, Lebak aimed adapting the adjuvant to the costs of vaccines manufactured in South America.

Lebak’s great success has been using excellent quality raw materials over a mix of white mineral oils and other components with injectable characteristics, thus developing several ready-to-use adjuvants having easy and safe use in the animal health vaccine production.

The high points of the adjuvants produced today by LEBAK TRADING are:

ADYUVAC 50 is intended to use in w/o emulsions where the oily phase is recommended at 50 % in volume, but it is accepted a range up to 55%.

ADYUVAC 70 is intended to use in w/o emulsions where the oily phase could be used up to 70% in volume, this adjuvant allows to reach hight fluidity and seringeability, its exclusive formula eliminates any oil recovery concern.

ADYUVAC 50 and ADYUVAC 70 compete in quality with the best world oily adjuvants, causing less reactions, at a lower cost.

To continue researching and developing new immune-stimulation systems that will allow promoting better vaccines, with less reactions, at accessible costs in order to collaborate with the expansion of national as well as international livestock production.

ADYUVAC 50/70 FORMULA CHARACTERISTICS
ADYUVAC 50 and ADYUVAC 70 are the main products from LEBAK.
ADYUVAC 50 is intended to use in water-in-oil (w/o) emulsions where the oil phase is recommended at 50% in volume , but it is accepted a range up to 55%.

ADYUVAC 70 is intended to use in water-in-oil (w/o) emulsions where the oil phase can be used at up to 70% in volume. This adjuvant allows to reach low density, high fluidity, with good syringeability and injectability. Its exclusive formula eliminates any oil recovery concern. ADYUVAC 70 also accept up to 60% oil phase and 40% volume of antigen phase.

In official efficacy and potency tests carried out by South American Animal Health organisms, the vaccines produced with ADYUVAC 50 and 70 have shown high official results within 30 and 60 days following the first vaccinations. They have also maintained >95% indexes in Protection Percentage Expectancy in studies of immunity duration carried out 180 days post vaccination.

Its composition is based in sorbitan esters which, coadjuvated with lesser amounts of other emulsifying agents, are absorbed in a light mineral oil of high quality medicinal and injectable grade. Before each adjuvant is formulated, all its components are submitted to strict quality controls.

ADYUVAC 50/70
This product can be used for emulsifying different pharmaceuticals and antigens. It has been widely used in South America for bovine FMD vaccine production. During vaccine formulation, the aqueous antigen containing phase (disperse phase) must be finely dispersed into the core of the oily phase (continuous phase). The relative proportion of both phases may vary according to the nature of the antigen and the kind of vaccine sought, but the aqueous phase must never exceed the oily phase.

The aqueous phase must be added slowly (*) over the oily phase, under powerful stirring, until a totally homogeneous distribution is obtained, in which the phase proportion must be the predetermined one

(*) In big industrial vessels is recommended 10-12 Litres per minute of water phase over the oily adjuvant.

Both phases must be at same temperature, in the case of antigens emulsions between + 5 and +8o C.

The pre-emulsion is then submitted to an intense process of mechanic emulsification. Small volume production may be carried out using a vessel supplied with appropriated emulsifying equipment. Bigger volume production processes are carried out with an-in-line emulsifier. (The Silverson Laboratory Mixer is widely used in South America for two-stage single-passage emulsifying processes).

The pre-emulsification and final emulsification period will be established according to the nature and relative distribution on the aqueous phase. In general, immediately after a correct and easy pre-emulsifying operation, product is passed once through the emulsifying equipment, which can also be a colloidal mill or ultrasonic type.

EMULSION CONTROL OF FINISHED PRODUCT
DROP TEST
If a droplet of the emulsion is dropped on a container holding water, it should not dissolve or disperse in water. Water must remain limpid.

EMULSION RUPTURE AND LIBERATED ANTIGEN STUDIES
In the case of FMD vaccines, the emulsion breaks and antigens are liberated for studies using chloroform at 50%, intense stirring and then centrifugation.

Other antigens may be handled according to the vaccine’s characteristics. For example, chloroform must not be used when vaccine contains antigens with lipidic components, like enveloped virus.

EMULSION STABILITY
Stability of the primary emulsion will depend mainly on various factors: relative phase proportion, mechanism and emulsification processing time, nature of the antigen and other elements included in the aqueous phase (protein and lipidic load, elements used for antigen concentration, tense-active agents, etc.).

With the usual antigens used for FMD vaccine production, it would be in the following range: at 37şC >20 days at 4şC >2 years.

TOLERANCE
There has been ample experience in the use of FMD vaccines formulated with ADYUVAC 50/70 in South America cattle. Vaccine is well tolerated, both using the intramuscular as well the subcutaneous routes. The subcutaneous route may leave some visible nodes of variable duration, which could affect the aesthetics of animals used in exhibitions. In these cases, the IM route is recommended, but the injection may also be applied subcutaneously in less visible and valued skin regions, such as the peri caudal one (base of the tail).

The intensity of the local reaction will depend on the nature of the antigen.

General type reactions have not been observed.

1. The inoculum acts as a foreign immunological body (not self) that attracts the immune defence elements, macrophages and other first-line elements of protection.

2. Antigen is piled together in the oily phase and will only be liberated gradually and slowly, thus prolonging its activity period, inducing a more lasting and intense response.

3. Vaccine is fluid and easily dispersing. Oily particles migrate through the lymphatic route and settle in the appropriate organs of the reticuloendothelial system, where they form new “satellites” of immune stimuli (organelles).

Comparative assays were carried out with bovines inoculated with FMD vaccines formulated with ADYUVAC 50/70 and aqueous vaccines using aluminium hydroxide and saponin, all formulated with the same antigens. It was observed that vaccines that used ADYUVAC 50/70 induce a greater immune response on a short-term basis. Furthermore, over a long period of time, immunity is more lasting.

In animals vaccinated for the first time, immunity is established 20 to 30 days after vaccination. In animals previously vaccinated with “antigenic memory”, the immunity response is total within 7 days after-inoculation.

NOTE:
All the information given in this technical report is based on assays and data considered reliable. Nevertheless, they do not represent Lebak Trading’s express and implicit product guarantee. It will be the user’s responsibility to determine the adjuvant’s utility for his personal use.

Excellent adjuvants for use in the production of oily vaccines for animal use.

Specially designed for FMD vaccines of various species, such as cattle and swine.

Also in industrial production fish and poultry. They can be adjusted with some changes to vaccines for use in suinos (double emulsion).

Chat With An Expert

Get in touch with us and we will help you to get the answers you need.